Been ripped off (again)

So, somebody called Michael Trombley has started a new night in Detroit called Menergy. Hmm, "Menergy"... that name is familiar. OK, it's a Patrick Cowley song - we don't claim ownership of the name.

So, what is this new night's music policy? Italo disco and Hi-NRG, you say? Well, everyone loves disco! Right? Sure, can't take credit for that, especially when we admit to being influenced by well established club nights like Melting Pot and Horse Meat Disco. Only, we were one of the first clubs to focus strictly on Hi-NRG, a sound that is a huge and under-acknowledged part of Scotland's clubbing history (if you're in doubt about that, ask Optimo's Twitch about Fire Island or Bennets, or check out this Menergy guest mix from Stuart MacLean aka Frenchbloke)

But anyway, this must all be just a simple co-incidence. Oh, wait a minute... 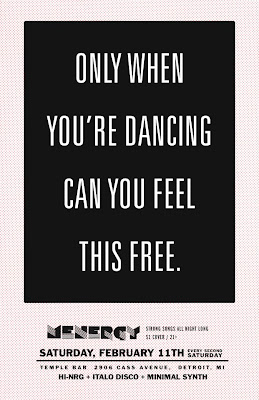 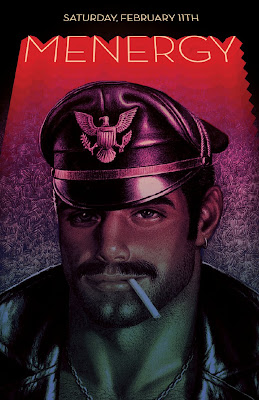 But I'm gonna let you in on a little something - my jaded tone of indifference to all of this (as opposed to fuming anger) has got less to do with a hipsterite archness and more to do with having experienced it before.

Since January of 2011 I have been promoting drag-and-disco parties in Manchester with my partner Joe Spencer. We go by the name of TRANARCHY. You can find out more about us at www.tranarchy.co.uk.

Imagine our surprise when, in December we found out about Sink The Pink presents TRANARCHY.

Here's one of our promo images from last year:

And here is theirs (low quality as it's the only one available):

So that makes you a square: In Defense of the Hipster

was absolutely no inspiration whatsoever on this article for Disinformation (from August, 2011)

In Defense of the Hipster

despite DM and Disinfo sharing staff members in the past who left very acrimoniously (including myself).
Yep. No "inspiration" going on there - just pure, blind co-incidence.

So. do you think I should be angry about all of this?
Because, surprisingly, I am not.

Maybe I'm just too jaded by the repeat experience, but I DO take being copied as a compliment. I take what I do very seriously, even if that is not apparent to everyone all of the time. I pride myself on being a writer and musician of intelligence and integrity who is often ahead of the curve (or on a totally different tangent to most other folks). This can work to my detriment sometimes, but I still put a huge amount of effort into all my endevours, because I believe a half-arsed job is not worth doing.

There's nothing I can do to stop people copying me, and conversely there's nothing copyists can do to stop me doing my thing. If someone else comes along and likes what I do enough to want to do it too, or even if they think they can do it better, that's their call. Because at the end of the day, when you bite me, it's a sign that I'm doing something right.
at 5:16 pm