Some of the aftermath from our sixth Halloween party, Rock 'N' Shock... Did you ever see such a mass of grotesquery? This is a mime, he looks not bad. 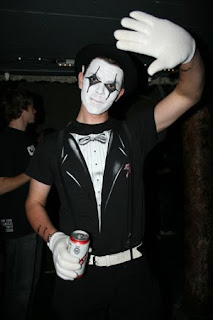 This is an old man. Full marks for being in character all night, deduct points for not having a bag of werthers originals.
This is apparently what a Warlock looks like. He plays sets that go dakka-dakka-dakka, boom crash. I rather like Warlock's Ritmo De Fogo (Right click to download) set, courtesy of the Rag and Bone website. It's a weird and brutal mix of latin percussion and serious bass. 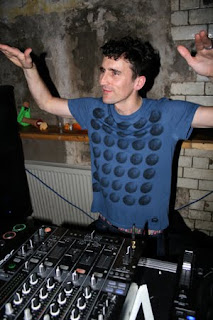 For the purposes of this gig, we performed black magic rituals and resurrected Phil Lynott, Elvis, Kurt Cobain, MJ and Freddie Mercury circa 'I Want To Break Free'. It was that big a gig, they came back again, just for the show. 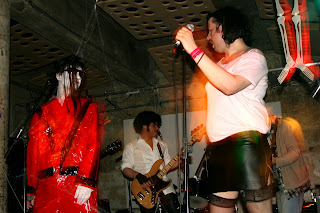