Soundcloud: Six of the Best 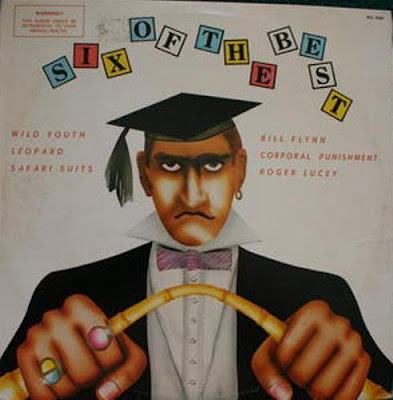 Today's Six of the Best is sponsored by insomnia. And so, a little night music...

First the return of an old favourite. Boyz Noize-era Spank never really did it for me the way xxXChange and he did, but he's still one of my all time favourite emcees, one of the most incredible live acts I've ever witnessed, and this tune FUCKING BUMPS.

The one, the only... ladies and gentlemen, mister BL▲CK † CEILING. Have you downloaded his album 'II' yet? It's my second favourite release of 2011, second only to Death Grips.

CRIM3S (formerly Story of Isaac) are one of the most exciting new bands to come out of the dark synth scene so far, and this remix by drugs for drunks is pretty pumped-up too. The original's fractured, apocalyptic doominess is leavened with some pulsing electro-house vibes and swelling reverb. Dig the debut EP by CRIM3S on Black Bvs, and the special edition, limited Remix EP and numbered disc.

I described this earlier today as 'a witch house Communards' but that doesn't do it any justice, and is a lazy cliche. Basically a high, beautiful male vocal, multi-tracked and FX'd in an inventive way, and it really does the business for me in this track. Weird and beautiful (via the quite wonderful people at thefourohfive.com).

This tune's been kicked around in various guises for a while by Aural Sects guru Pe† Ceme†ery... I think thisversion leads the pack and dominates. Squalling post-rock guitars fuzz out the gothic techno into a wall of brutal, icy noise. Like a chill-out song from a black metal band. Which is deliciously unlikely.

Welcome to the Church Rave (final) by Pe† Ceme†ery

Strange, epic lushness, on this, a dubstep / future bass excursion into loveliness and speaker-destroying wobble and lazer noises. I know nothing about this track, but I know I like it (via Asthmatic Astronaut)