Profisee - Diggin' In The Crates 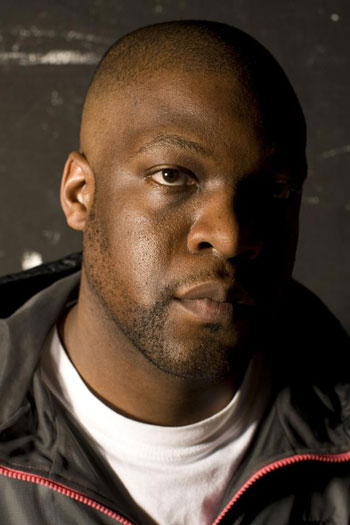 Profisee is one of the most important people in the Edinburgh and Scottish hip-hop scenes: a founder member of the legendary Scotland Yard Emcees, over the years he has worked with big-name producers such as Starkey and Hexstatic, and was the vocal half of epic electro-bass duo Great Ezcape.

Whether dropping a guest verse, producing his own beats with partner M as Cloak X Dagger, or collaborating with local Edinburgh heads like Nasty P or Yush2K, or in new collabs with producers such as Dam Mantle, the legendary 'weatherman' has an incredible command of words, dropping deep philosophy and prescient politics with a flare and style all his own. Live, he's an old-school performer, fiixated on making a crowd move, always full of energy.

Prof's just dropped a set of old, rare and lost tracks on his Soundcloud, as a crowd-hyper for his new album project, 'From All Angles.' It features collabs with old Yard playmate Jinx, among others. Jump on these downloads like the proverbial hot cakes they are: devour them. This is a wicked collection of beats and rhymes from an intelligent, street-smart emcee who has been a vital part of the Scottish hip-hop scene since its inception.

Diggin' In The Crates by Profisee
at 3:29 pm