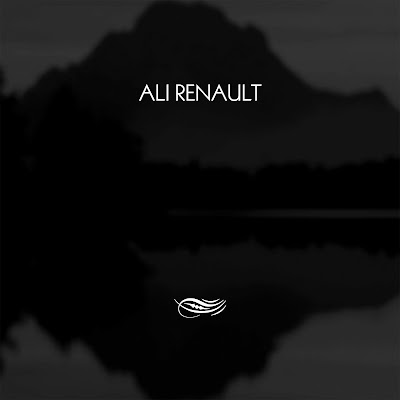 You shouldn't have to ask who Ali Renault is or why we love his music by now - we've featured him a bunch of times in the past, whether it be as himself and his incredible releases that formed the backbone of the now-legendary Dissident imprint, his darker Cestrian alter-ego (via releases on Monox), or as one half of the sexy Italo love machine that is Heartbreak.

So you'll be over the moon to know that Mr Renault (not his real name) is just about to release his debut album on London's italo/electro imprint Cyber Dance. Already picking up some serious accolades, the album is a stormer and shows off Ali's excellent and unique brand of dark slo-mo techno-funk over 8 new tracks (ok, some of them are older tunes re-worked). Vice likes it, and while that may be a bad sign, be consoled in the knowledge that DJ magazine describe it as "superior machine funk" and Mixmag think Ali has "the original electro and Italo sound nailed". And what do we think of it? It's awesome of course, as good as anything out of Detroit or Rimini, but then we always knew it would be. Let's just say that Ali Renault is untouchable at making machine music that will get you up off your feet while chilling you to your very core.

There's a very special launch party happening tonight for the album at Stoke Newington's Baby Bathhouse venue, coming at you by way of Magic Waves and featuring a live set from Ali and a dj set by the awesome Casionova. To get him in the mood I sent Ali some questions to answer - including some about his darkly magical tech set-up which he was very keen to avoid answering:

How did you get into music? What were your formative influences?

I got into playing in bands as a teenager, going to gigs and buying records. My formative influences were metal and techno.

Who is your favourite dj and why?

DJ Drug Money aka Peter Mangalore. His sets are amazing. He has a varied collection of strange vinyl’s and makes records you already have sound totally different. Go Peter.

Ali goks his cat Tiesto - no kittehs were harmed in the making of this photo.

You have a very particular sound, how did you develop it?

I haven’t really changed my set up since I started making music at home with synthesizers years ago, apart from updating a few bits here and there but I make music the same way I always did. Sequencing, recording, arranging etc. I like using old cheap hardware and I enjoy trying to evoke a dark mood with machines. It’s fun.

What synths do you have in the studio?

What other current producers do you rate?

I rate Tommy Walker 3 for his absurd synth funk, Brassica for his beautifully crafted music, Mark Du Mosch for his fresh interpretation of house, Gatto Fritto for his psychedelic long player released earlier this year and Antoni Maiovvi for his modern horror disco.

Your music is very cinematic, have you ever scored anything?

I have scored a couple of short films and worked as a foley recordist for a couple of years, which was nice. I would love to score something big one day for sure.

Has to be the Terminator soundtrack by Brad Fiedel. Total suspense drama.
The Suspiria soundtrack scored by Goblin would be my second choice and musically its far more advanced but I love the minimal approach from Fiedels work on Terminator. Genius. You are well known for your live shows - how have they been going recently?

Yeah pretty good, I’ve taken it around the UK and Europe and it seems to go down well. It’s very different to DJing, which I also love but its nice to play your own music in a live context.

Are you going out on tour in support of the album?

I’m currently gathering some live dates for 2012. There will be a few UK shows until then.

Tell us a bit more about Cyber Dance records, like what other artists are on the label and what other releases you have coming up?

Artists we have released so far are Matzo & Pauli, Andy Romano, Serious Lover, Mark Du Mosch, Casionova, Spruxx, Brassica, Bill Ambrose, Tommy Walker 3 and Meschi amongst a few others. Our current release (Cyber Dance 011) is my album and after that we have Antoni Maiovvi, Bandido’s Gang (featuring 2 great remixes from Denmarks’ Flemming Dalum) and Electric Dragon for the foreseeable future.


In the spirit of awesomeness, here's a couple of tracks from Ali's album for you to download. You can get the wicked "Pagan Run" as a download from the lovely peeps at 20 Jazz Funk Greats, and Mixmag also have an unmastered version of "Promises" for you to grab: :