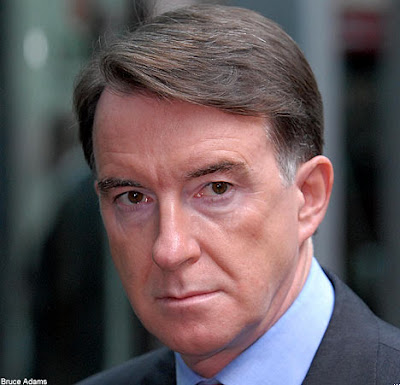 Mandelson was in the news a while back, after his oh-so innocuous holiday at the Rothschild's with Gaddafi Jr. and David Geffen. The decision to release Abdelbaset Ali al-Megrahi came after this meeting, so it's safe to assume this was more than a sunbathe and a blether. Mendacious Mandy also came home spouting copyright related nonsense, seemingly as the mouthpiece for Big Music. What a coincidence.
Michael Masnick of Techdirt doesn't think he got away with it, and has held some of his cack up for examination:
Peter Mandelson Defends His Sudden Conversion To Kicking People Off The Internet

We are living in a time when we can, and will, change these industries. Arm yourself with information, and never take the word of the majors or their spokesman.


(I realise this is a couple of weeks old but life has been on pause while I deal with Berlin related things. Anyway! the internet is a library as well as a newspaper, so it's fine.)