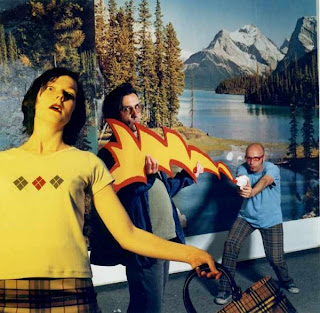 Another one tagged as "good people, good tunes."

Dr. NoJoke, aka Bogdan has been due a write-up for quite some time. The guy's great chat, very wise about the politics and economics of music, the music industry, and business in general. As well as helping to organise the festival, he's been involved in converting an old squat in the Friedrichshain area of Berlin into a functioning housing project, supported by a real give-a-fuck attitude. It's given people the responsibility for their own home, freed from all the hoops we're forced to jump through by market laws, and it actually works. We stayed there two nights. We would return.

Unsurprisingly, late night blether lead onto music - he likes Monolake, and Pole, and has pretty much the entire ~scape back catalogue. You can see why I clicked with him. A nice man named Proeff has made a mix entirely of his tunes, and you can check it out here; 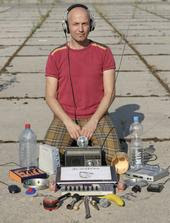 He also collaborates with J-Lab and Servando Bareirro under the guise TRIoon; an entirely improvised soundscape act. We've mention them before. Awesome.
TRIoon jam sun041009-I by Dr.Nojoke

He put together an instillation for Berlin Net Audio called Berlin Wall of Sound, which was a digital map of the city, with triggerable field recordings from across former wall locations. High art, casual entertainment, and pretty damn cool. A lot of it appears in TRIoon.